Dan has had an extensive career in his thirty years as a teacher, coach, senior administrator and fundraiser in independent schools and higher education. Teaching and coaching in the Philadelphia area for nine years, Dan began his administrative career as Middle School Head at Bancroft School in Worcester, MA. In the same role at Montclair Kimberley Academy in New Jersey, Dan led the Middle School to designation as a Blue Ribbon School of Excellence by the U. S. Department of Education with special recognition for the program in Ethics and Character. Dan continued his career as the Head of School at York Country Day School in York, Pennsylvania, where he increased enrollment and more than doubled annual giving support in his first year. Later, he served as Academic Dean at Moses Brown School in Providence, Rhode Island, where he was named Rhode Island State Girls’ Coach of the Year in 2007. As Senior Director of Athletic Development at George Washington University, Dan led the $21 million effort to renovate the intercollegiate athletic center and spearheaded efforts to build annual giving programs for each of the 22 intercollegiate sports. He most recently served at the University of Pennsylvania where, as Executive Director of Development for Athletics, Dan led a fundraising team of eight in efforts to raise $15 million dollars in one year for intercollegiate athletics.

Dan has served on the boards of St. Peter’s School in Philadelphia and St. Phillip’s Academy in Newark, New Jersey.

He was a member of the National Association of Independent Schools’ Call to Action for diversity initiatives, a presenter at NAIS conferences, and has been published in Education Week. 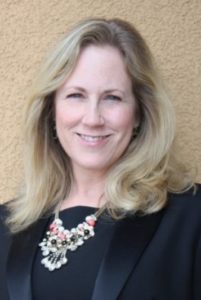 Michelle Conner brings a wealth of experience in both clinical psychology and the law to her work as Cardenio’s Chief Operating Officer. Michelle is an experienced litigator who has practiced law for over twenty years. She is admitted to practice as an attorney in the United States District Court of the Eastern District of Pennsylvania, North Carolina, Pennsylvania, and the District of Columbia. Michelle also has extensive experience as a clinical psychologist.

Michelle competed in Division I cross-country and track at Appalachian State and remains an avid runner.

Michelle is a member of the Philadelphia Bar Association and proudly serves the community by providing pro bono legal services for indigent clients. 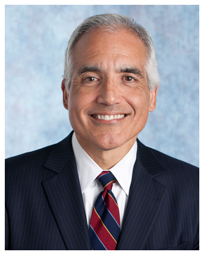 Mark recently moved back to his home town of New York City, where he runs the day to day operations of Cardenio’s New York office.

Among Mark’s earliest memories are of his father, who completed high school while serving in the Army during the Korean War, using his GI Bill Benefits to earn a Bachelor’s Degree for Columbia University.  “I’m for the little guy,” Mark says. “My parents started with nothing, but they saw to it I went to college. The American Dream is my life story. It’s still alive and well, but quality education is the key”

Mark recently retired as Superintendent-President of Pasadena City College, where he led the college to become the number one community college in California for fundraising, increasing the endowment by over 20% to $21 million.  Mark came to Pasadena City College in 2010 from the Los Angeles Community College District where he served as president of West Los Angeles College. While he was president, WLAC was recognized by the Chronicle of Higher Education as one of the nation’s “Great Colleges to Work For.”

Dr. Rocha began his administrative career as associate dean at Cal State Northridge, where he witnessed the great 1994 earthquake destroy the entire campus.  “I was part of a great team effort that reopened the college in 27 days in tents!” recalls Mark.  “It taught me a great deal about crisis management and about how people can pull together for a common cause.”

An English teacher by training, Mark received his Ph.D. in English from the University of Southern California, his master’s degree from California State University, Fullerton, and his bachelor’s degree from Villanova University. His scholarly work is in the field of American drama and theater and includes numerous articles on the playwright August Wilson. In 1994, Dr. Rocha was awarded a Fulbright Fellowship and taught for a year in Caracas, Venezuela at the Universidad Simòn Bolìvar.

An avid runner, Mark has completed seven marathons. His knees and hips are still original equipment. 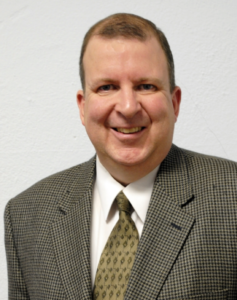 After nearly a year as a Senior Consultant, Frank Farrell is the Vice President in charge of our Catholic Schools practice.

Frank is a seasoned educator and school administrator with over 30 years of experience in schools and non-profit organizations. While beginning his professional career in elementary schools and non-profit youth programming, Frank spent over 20 years in higher education teaching and administration with vast experience in enrollment management, development, curriculum and facilities, planning and usage. Immediately prior to arriving at Cardenio, Frank served as President of an All Girls Catholic High School and as Archdiocesan Director of Scholarships and Financial Aid for the Archdiocese of Philadelphia.

Throughout his career, Frank has been at the cutting edge of educational technologies and delivery systems, focused on transforming educational experiences at each level. Frank has presented on NCEA conferences on issues of technology integration. He has also been a member of the Peace and Justice advisory board of the United States Catholic Conference of Bishops.

Frank has served and continues to serve as a board member of numerous academic and non-profit organizations. These include local, regional and national groups. He has guided schools through Middle States accreditation at Elementary, Secondary and Higher Ed levels.

Frank holds both Baccalaureate and Masters Degrees from LaSalle University in Philadelphia, PA.

Cardenio Consulting is pleased to have Ted Sharp as a member of its School Acquisition Team. Ted’s work in schools spans over forty years as an educational leader in public and private schools in the United States, South America and, most recently, China. He has served four times as a Headmaster, both in the United States and abroad. He has also served twice as a Superintendent of Schools in two public school districts in Maine. In addition, he has served in the U.S Department of Education on the staff of the Secretary of Education and as an Assistant Dean at Boston University’s School of Education.

When he is not running schools, Ted is a teacher. He is on the faculty at Framingham State University, where he teaches graduate-level courses in the International Masters’ Degree Program, in School Law, School Finance, Philosophy, Curriculum, and Educational Leadership.

In December, Ted will return from Beijing to his home in Portland, Maine, where he lives with his wife Sharon when they are not traveling around the globe.